Do you have a pet Chicken or entire poultry at home? If yes, then you must be eagerly waiting for those everyday fresh eggs to arrive your way. But do you know how often Chickens lay eggs?

Chickens (exclusively Hens) lay one egg per day (on average) during their laying season. Though when the weather is too hot or cold, Hens lay more eggs than one. It is because they spend more time in their coop during extremely warm or cold weather. However, even at the maximum, Chickens/ Hens would only lay no more than 1 to 2 eggs every single day.

Chickens/ Hens can have days when they will not lay even a single egg. This is because their body begins forming eggs right after the previously laid one. And for forming the next eggs, Hens take about 26 hours fully. However, since the reproductive system of a Chicken is sensitive to light exposure, there could be days when it goes without laying even a single egg. Hens can go a day, two, or even more during cloudy and low light days without laying a single egg.

Reproductive Tract of a Chicken

A chicken’s reproductive system is made up of two parts:

The Ovary and the Oviduct.

The Ovary is where Ova (yolks) develops. When an ovum (singular of Ova) matures, it releases from the Ovary and enters the Oviduct, and this process is known as Ovulation.

A Chicken would take about 25 to 26 hours the development and reproduction. Later once the Chicken has laid an egg, it takes half to one hour, or slightly more, for the next ova/ ovum development/ maturation.

A Chicken needs at least 8 to 10 hours of sunlight for egg production. Ovulation usually happens during normal daylight conditions, probably by 2 pm. It is less common or nearly impossible for Chickens to lay eggs after 3 pm due to low light conditions.

How Old Do Chickens Have To Be To Lay Eggs?

Depending upon their breed, Chicken Hens start laying eggs when they are 18 to 22 weeks (4 to 5 months) old.

Though since it is subject to breed, some Chicken Hens may take up to 6 months to lay their first egg. Pullets display behavioural changes when they are nearing laying their first egg. They will start spending more time in their coop or with their Rooster.

During the beginning of their period, Hens may lay eggs irregularly. Or, they may lay eggs small in size, with lesser yolk or white, and even with double yolks. It takes about a week for Hens to become regular while laying.

Hens come in their peak performance of laying eggs during the age of 30 weeks.

Do Chickens Lay Eggs Without A Rooster?

Yes, your Chicken Hens might not need a Rooster to produce eggs. Even when there’s no rooster around, Hens can lay as many eggs.

However, a Rooster is needed when it comes to fertilizing eggs into baby chicks. This is because hens are infertile without a rooster, and therefore their eggs won’t develop into a chicken by any means.

Advantages and Disadvantages of keeping a Rooster.

Keeping a Rooster amongst your Chickens is a personal choice or the need of the hour.

However, before doing so, make sure you know about the different benefits and drawbacks of keeping Roosters.

How Do Chickens Lay Eggs Without A Male?

A Chicken Hen’s body is naturally built for laying eggs, regardless of a male effort involved in it.

As a result, hens lay about 1 unfertilized egg daily without male chickens.

A Male Chicken, which is also known as Rooster, is required only for fertilizing the egg and transforming it into baby chicks.

Why Do Chickens Lay Unfertilized Eggs?

A Chicken does not know while laying whether the egg will fertilize in the future or not.

Hens have a goal of always having a clutch, a collection of several eggs.

Most of their eggs, both in the wild and in captivity, remain unfertilized.

Chicken Hens naturally slow down their egg production at the age of 6 to 7 years.

Whereas some hens only produce eggs until the age of 3 to 4 years. Shortly after this while, they wills top laying an egg for life.

While some hens die soon after, many can live several years into retirement.

They would experience an average life expectancy of 8 to 10 years.

How Often Does A Chicken Lay An Egg Naturally?

A Chicken Hen will lay one egg per day naturally. However, in some cases, they might not lay eggs for the alternative day, depending on their physical health and outdoor/ climatic conditions.

A Chicken Hen will lay approximately 250 eggs a year, given it is well-feeding and known as high producing. Some might even lay as less than 200 or even low.

How Often Do Chickens Lay Eggs In The Wild and In Captivity?

How often do Chickens mate?

During the mating season, Chickens would mate about 10 to 30 times a day. However, it is the Rooster that mates multiple times a day, whereas Hens aren’t physically fit or capable of doing so.

The healthy young roosters mate their hens as much as possible in a day. While the Rooster will enjoy the process, Hens can be torn out physically with too much mating. As a result, they can experience physical stress and lose their physical condition.

Do chickens have a breeding season?

Though Chicken Hens breed throughout the year, they are more prolific during the springtime. This fact is applicable especially for those Chickens who live in cold climates. Even their behaviors associated with mating and breeding usually ooze out during the Spring season.

Believe it or not, Chicken Hens can lay eggs in a range of exciting colors. Yes, you read that right.

The American Poultry Association has recognized over 60 breeds worldwide that may lay eggs in hues of the rainbow.

These colors may range from Purple, Blue, Pink, Green, Cream, and sometimes even brownish.

Colored Chicken eggs, though apparently quite fascinating, they do not differ in nutritional value or any other aspect. To know more about it, have a look below:

There are a few notable Chicken species that are known for laying Blue eggs. These breeds, though, are rare but also common as regular backyard chickens.

The most common amongst them is the Cream Legbar which was the first to lay blue eggs. Besides that, other common Chicken species include Lushi, Araucana, Easter Egger (not recognized as a true breed), Whiting True Blue, Arkansas Blue, Ameraucana, and Dongxiang.

The reason behind pink chicken eggs is pigmentation, which is also referred to as protoporphyrins. At the beginning of the process, the color is originally white; however, due to secreted from the uterus of the hen, it leaves a pink tint on the outer shell.

Plymouth Rocks and Rhode Island Reds are known for laying Brown colored eggs. Other than them, Chickens are breeds like Silkie, Well summer, Marans, Brahma, Orpington, Serama, and Jersey Giant.

Favaucana (half Faverolle and half Ameraucana) Chickens are known for laying pale sage green eggs. Along with them, Isobars Chickens lay mossy to mint green and several other greenish eggs.

However, the Chickens who are most famous for laying green eggs are Olive Egger chickens (half Marans chickens and half Ameraucana chickens). They particularly lay beautiful olive green eggs.

Do you know? Occasionally, a hen lays an egg without a shell. It, though, is very rare, but sometimes the egg somehow bypasses the shell-forming mechanism and comes out feeling like a water balloon. This can primarily be a nutrition problem, including deficiency of Vitamin D, Phosphorus, or Calcium. However, if the absence of a shell is very occasional, there’s nothing to worry about.

This was all about how often Chickens lay eggs. Fertilized or Unfertilized, Chickens, will commonly lay one egg per day. However, if yours’s doesn’t you, there’s nothing to worry about. It is common for Chickens to not lay eggs every day and leave a few days in between. It may happen due to natural or climatic reasons. 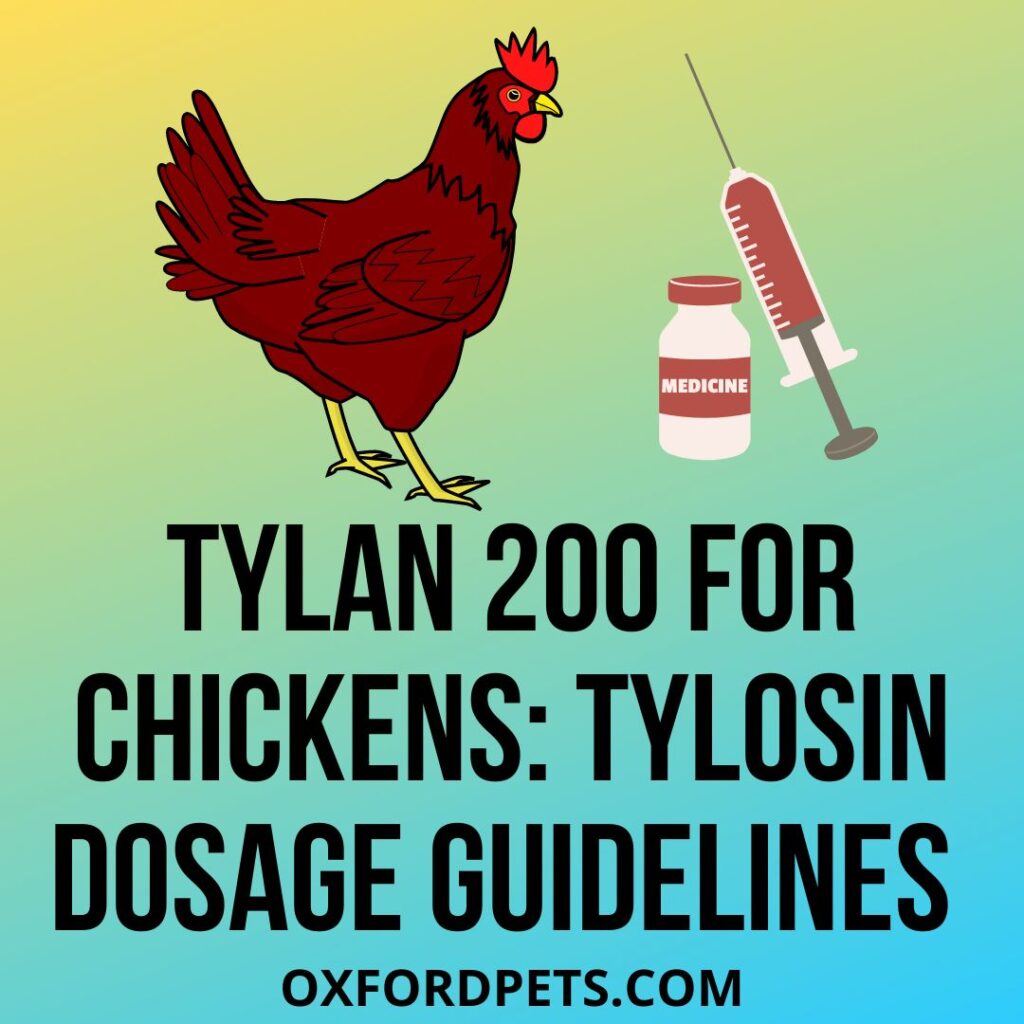